Vigorello di Agricola San Felice is a red wineproduced in Tuscany. This is the first "Supertuscan" produced by the winery, back in 1968. A blend that loves biodiversity, with an enveloping and decidedly tannic flavor

Welcome to the ancient Pieve San Felice in Pincis. The church’s history begins in the Etruscan era, runs through the Papacy, is fought over by the municipalities of Florence and Siena, and sees frequent changes of hands between local families. The last of these were the Grisaldi Del Taja, who were among the founders of the Consorzio del Chianti Classico, in the first half of the 1900s. The early 1970s saw the start of a new development model: the estate was bought by the Allianz Group, which set its sights on enological and territorial excellence. The village was fully and painstakingly restored, through a series of works that accentuated its characteristic art and architecture. An extensive programme of vine replantation was launched on the estate, with a view to bringing out the best in the predominant Sangiovese. The project was complemented by a scientific study of indigenous vines, in partnership with the universities of Florence and Pisa. In 1982, the Group also purchased the Campogiovanni estate, comprising 20 hectares of vineyard on the slopes of Montalcino, another territory associated with the highest tradition of viticulture and winemaking. Today, the village and the Agricola San Felice estate are two successful operations with a single heart, that combines tradition and innovation.

Profound respect for people is another tradition associated with this area. The Allianz Group knows the full importance of the wellbeing of those who share their commitment and passion to tend the land and make it bear fruit. Everyone who works at San Felice is the heir of Tuscany’s advanced rural society, which is still going strong, despite the fact that agriculture has become a specialised, high-tech business. This spirit is reflected in the village too, where your welcome is built on the humanity and interpersonal skills of our staff.

Now more than ever, efforts are made to protect the Chianti landscape and the beauty of this village, by safeguarding the most significant buildings and the old dry-stone walls. We combat soil erosion by maintaining the terracing and constantly analysing variations in flora and microfauna. The vineyards are managed according to methods of precision viticulture, which allow ad hoc treatments for each plant, so as to minimise environmental impact and maximise product quality. We also pay close attention to the biodiversity of our vines: in the experimental Vitiarium, hundreds of species have been cultivated and studied for over 30 years, partly to determine what contribution they can make to the estate, and partly to prevent them from fading into oblivion. Sustainability also encompasses participatory projects, such as the one launched by Fondazione UMANA MENTE of the Allianz Group, which involves young people taking their first steps in the world, and elderly people who want to pass on their skills. Not to mention our initiatives for young people with disabilities or social problems. 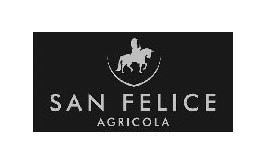