The history of Zwack Unicum has an ancient origin, which has its roots in the history of the Austro-Hungarian Empire. In fact, it was 1790 when Joseph II, emperor and king of Hungary, summoned Dr. Zwack, doctor of the imperial court, to communicate his problems related to digestion. The doctor then, after thinking about it, gave him a sip of an herbal digestive, to whose ingestion the legend tells that Joseph II replied with the phrase "Das ist ein unicum", or "this nectar is unique". Here is revealed, between myth and reality, the origin of the name of this product that started the Zwack distillery, which, from 1892 moved to the 9th district of Budapest, where it is still located today, in a larger space, to do faced with a success and an increasingly high demand for production. Today at the head of this productive reality we find Sandor Zwack, who has contributed over the last decade to the renewal of the image of the products made, introducing a more attractive graphic design for each label. Zwack's Unicum is made from the original recipe, dated 1790. It is one of the oldest herbal liqueurs made in Europe, which comes to life from a processing of over forty herbs and spices. These raw materials are carefully selected, and come from all five continents, with elements that also come from countries like Australia, Malawi and India. Some ingredients, considered essential to give the classic flavor to Unicum, are weighed personally by Anne Marshall Zwack, Sandor's mother, so as to keep the exact dosage secret and in the family. The production phase gets underway when herbs and spices are both macerated, immersed in high quality corn-based alcohol, and distilled, or only macerated or distilled, depending on which process is most suitable for extracting the fragrance. The liquids obtained are then mixed in a large wooden container, which can have a capacity of up to 20,000 liters. After this operation the Unicum is left to rest in oak barrels, a period in which it acquires new aromas and flavors, able to complete its taste-olfactory profile. The Unicum made by Zwack is a bitter where, with every sip, you can breathe the sense of tradition and family, which still today, at a distance of 228 years, runs every operation of the new generation under the command of the distillery. A product in which aromatic, balsamic and medicinal aromas dance in harmony, telling a unique story. 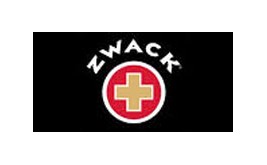 €22.20
Add to cart
Love
Customers who bought this product also bought:
There are not enough products in stock
View more
Love