€0.40
Description
Trebbiano d'Abruzzo is an organic DOC wine produced by Emidio Pepe in Abruzzo. It has a scent of fruity scents and a full and enveloping flavor
Product Details
226

Harvest Time
Manual harvest with selection of the best bunches

Winemaking
Pressing with feet on a wooden tray, fermentation with natural yeasts in a vitrified cement tank, and aging in the bottle. No filtration

There are not many wineries that, in Italy, have their roots in the surrounding territory and in its history, such as that relaunched by Emidio Pepe in the sixties. A path that started at the end of the nineteenth century, and that since then has been synonymous with Abruzzo and its most representative vines: trebbiano and montepulciano.

Today, more than fifty years after the founding of the company founded in 1964, the daughters Daniela and Sofia, flanked by their niece Chiara, continue this unique tradition: a winemaking reality made up of agricultural practices and cellar activities that over the years have remained unchanged, organic and biodynamic before every fashion and without any certification.

The stage is that of Torano Nuovo, a municipality in the province of Teramo where the microclimate is characterized as much by the sea breezes that blow from the Adriatic towards the hinterland, as by the cold currents that come from the peaks of the Gran Sasso. Here, on clay-rich and calcareous soils rich in minerals, vines grow to give superb quality fruits. Bunches of Montepulciano, Trebbiano and Pecorino which are processed in the cellar according to the most ancient rural traditions: after the pressing, which takes place strictly with the feet in a large wooden tank, the fermentation is carried out in vitrified cement tanks, without addition of yeasts or of sulfur dioxide. Subsequently, the aging follows the bottling, without ever filtering the wines first.

From Montepulciano d’Abruzzo to Trebbiano, passing through the Pecorino and the Cerasuolo d’Abruzzo, the rules are simple and essential, but the results are exceptional. Wines, those labeled Emidio Pepe, wonderful, multi-faceted and deep, capable of challenging the passage of time like very few others. It is no coincidence, in fact, that the name "Emidio Pepe" is synonymous with territorial expression and longevity, terms that may have been abused but which, not far from Teramo, find a particularly complete sense. 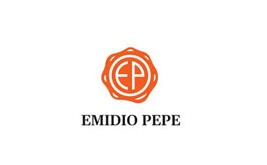 8 other products in the same category:
Add to cart
Love

€6.70
Add to cart
Love
There are not enough products in stock
View more
Love