Sauvigno Collio by Tiare won the gold medal and the trophy for the "Best Sauvignon in the world" at the Bordeaux Sauvignon World Competition. A gem that only SangiShop can give you, take advantage of this fabulous bottle and do not let it escape for any reason in the world because soon it will be very difficult to find it ...

Flavor
Wine that has character and structure, is persistent and harmonious. A high acidity gives it a 'interesting freshness

Roberto Snidarcig's Sauvignon is a passion cultivated since he was a boy. It comes from a peasant family, with animals to raise and fields to cultivate. In the countryside since his adolescence, Roberto had identified among the grapes his father bought from other farmers to make wine, a vineyard of Sauvignon with a particular character, which stood out from the others, whose wine evolved and improved significantly and surprisingly in the year in the year. And it was from that vineyard that he began his love for Sauvignon (which now accounts for 45% of his production, a total of 100,000 bottles a year): he took some vine shoots, made them vine-shoots, planted them in his first hectare of vineyard, in Dolegna. Still in Dolegna, one of the finest areas of the Collio, he then buys other land and plants new Sauvignon vineyards and, gradually, other white grapes, which here find optimal soil and microclimate. But it is above all on the Sauvignon that it concentrates, studying it, following all the phases with passion and perfectionism, from the countryside to winemaking and aging. In 2007 he built a very modern, medium-sized cellar, but equipped with the latest technology. He designs it himself according to his needs and his way of making wine and he paints it in a delicate purple color. Above the cellar, the spaces to taste the wines and for the agriturismo (for which he chose a vital orange color) open with a large portico on the green of the Sauvignon vines. Annexed to the cellar, the house where he lives with little Alessandro and his wife Sandra, life companion, adventures and work, from whose hands come out the genuine and tasty traditional Friulian dishes for which their farm is known. The company and the wines - The Tiare company covers about 10 hectares of vineyards and embraces two of the most interesting Doc areas of Friuli Venezia Giulia, the Collio and the Isonzo. Roberto Snidarcig interprets the terroir of these two Docs (the Collio, for its marly soil and the microclimate extraordinarily suited to the production of Bianchi and the Isonzo, whose gravels are the ideal habitat for the Reds) to produce wines with a distinct personality, whose character contributes on the one hand the happy exposure and the particular geological composition of the land where he planted the vines and on the other the passion, care and methodology of his work, both in the vineyard and in the cellar. The production of about 100,000 bottles per year average. The range of wines ranges from autochthonous to international. The Bianchi Sauvignon (45% of production), Malvasia, Pinot Grigio, Ribolla Gialla, Friulano. The Red Cabernet Franc, Cabernet Sauvignon and Merlot together with selections of great character, namely Ronco del Merlo (a pure Merlot), Pinot Nero, Refosco dal penducolo rosso and Schioppettino. The range ends with a pleasant bubble, Bolle, blend of Ribolla Gialla (70%), Malvasia (25%) and Sauvignon (5%) 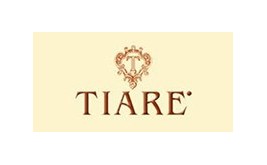