€0.30
Description
Santa Cristina is a whitewine produced by Antinori in Umbria. It has a straw-yellow color, its taste is fresh, with good softness and a savory finish. It is excellent to combine with pasta dishes, and is great to experiment with imaginative land / sea combinations, such as risotto with zucchini and shrimp.
Read more
Product Details
ss629

Pairings
First courses of sea and first of earth

Flavor
Fresh, soft and with a savory finish

Above a high hill in Tuscany, not far from Siena and Perugia, rises the ancient town of Cortona. On one side the spacious plain, on the other the hill and the village. This is the view enjoyed from the new Santa Cristina winery, established in 2006 to confirm and renew the tradition of its namesake wine, 60 years after its first vintage in 1946. Over time, Santa Cristina has become a reference point for sector experts, and not only, thanks to a constant commitment to quality. The care always taken in following the vineyards and the work in the cellar, have been the stimulus for continuous innovations and to deal with autochthonous and international varieties, giving life to a family of different products but characterized by the same style, the result of an indissoluble bond between vineyard, terroir and human labor. Santa Cristina, a new step in a long wine tradition.

The first vintage of Santa Cristina was produced in 1946, becoming over time a point of reference for connoisseurs, and not only, thanks to a constant commitment to quality. Just like a good story, Santa Cristina never gets old. The care and attention always given to following the vineyards and the work in the cellar have been the stimulus for continuous innovations and to deal with indigenous and international varieties, giving life to a family of different products characterized by the same style, the result of an indissoluble bond between vineyard, terroir and human labor. The products of the Santa Cristina family were born from this simple philosophy, thanks to a continuous comparison with the land. This dedication has continued since 1946 to maintain the quality of Santa Cristina intact today.

The origins of Cortona are very ancient. It was one of the most influential Etruscan settlements and was mentioned by numerous Greek and Latin writers, from Herodotus to Dionysius of Halicarnassus, from Livy to Pliny the Elder. The city of Cortona had a considerable development between the 8th and the 7th century BC and dominated the valley of the Chiana, then as today, very fertile. From the top of its 585 m. Cortona overlooks the vast and harmonious landscape of the Valdichiana, dotted with villas and farmhouses, among orderly vineyards, witnesses of the ancient and historic delicacy of its wines. And if Pliny the Younger speaks of a prized Cortona white wine called Etesiaca, the Renaissance pope gourmet, Paul III, loved making large provisions of the product of these vineyards, while Giosué Carducci often found his poetic inspiration only in front of a barrel of the "Stupendous wine" of Cortona. The geological origin of the lands of the Cortona area, on the other hand, is essentially due to the periods of the Lower Miocene, the Upper Pliocene and the Miocene. The territory is characterized by sandstones, marls and schists, with fluvio-lacustrine deposits, clays and groundwater debris. In this set, the soils, generally not very calcareous, present an excellent balance with respect to the different compositions of clay, silt, thick and fine sands. Santa Cristina has always identified itself with this territory and with the vines typical of these areas. 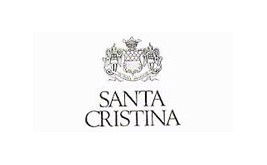 €10.60
Add to cart
Love
There are not enough products in stockSold out
View more
Love