€0.30
Description
Pietreluna, Negramaro of the Salento of the company Racemi, has an intense black color with blue reflections, a scent of red berry fruit and Mediterranean herbs and a full, fruity flavor with hints of licorice. It's great with pastries of Puglia tradition and soups, and "free glass" to frugal fellowships with appetizers.
Read more
Product Details
ss494

Pairings
Great with first pasta dishes of the Apulian tradition and soups. It is also perfect to drink a glass of wine with appetizers

Felline has a long history, the protagonist of the success of the Primitivo di Manduria and milestone of the projectAccademia dei Racemi that gave impetus to the revival of numerous indigenous grapes. The name comes from a vast archaeological area of Manduria, a short distance from its famous beaches, where there are the remains of an ancient city, called Felline.The sites are linked to a legend that still feeds religious rites in honor of St. Peter. It is said that the HolyOne, departed from Antioch in 45 AD for Rome committed to the mission to spread Christianity, was ship wrecked and landed right on one of the beaches near Manduria. Felline people gave him first aid and assistance, welcoming him in the village, even if there was an epidemic plague underway.

St. Peter freed the people and theirking Fellone from leprosy working miraculous healings that led the entire community to convert to the new religion. From Felline then went to Rome where he founded the Catholic Church becoming the first Pope in history.

When in 1996 I started the Accademia dei Racemi project, together with some young and enthusiasts pioneers of the autochtonous viticulture, I couldn’t even imagine how strong our ideas, resercheas and works would have affected the future developments of the Puglia grapes and wines.

Everything begun by Primitivo di Manduria, in the Felline estates. First primitivo wine which en lightened the quality potential of that grape, until that time only used as bulk wine to blend.

Accademia dei Racemi developed new approach to viticulture and winemaking, focusing only on old native grapes, mostly unknown and underrated on the market. The most important results were achieved on the Malvasia Nera, Fiano Minutolo, Ottavianello and Sussumaniello (grape completely disappeared and now upgraded to one of the most important representative grape of Puglia). The project also involved Negramaro and, recently Verdeca and Vermentino. 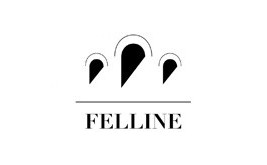 €9.40
Add to cart
Love
There are not enough products in stockSold out
View more
Love

€8.30
Add to cart
Love
There are not enough products in stockSold out
View more
Love