Nucillo is a liqueur produced by 'e curti in Campania. The walnut, from whose malli the nocino is obtained after an alcoholic maceration of about 60 days, has always boasted a pagan sacredness, which was already recognized by the Greeks and Romans. Even today, tradition has it that the green walnuts for this liqueur are harvested only during the night of June 24, the day on which the summer solstice was celebrated. The "guazza" of that night is considered by tradition a panacea for all ills. The heritage is certainly Padano, but the liqueur became part of the gastronomic tradition of those areas dedicated to the production of nuts; in fact, even in Naples the old families linked to tradition offer at the end of lunch this liqueur made from walnuts, which is called nucillo for the evident dialectal inflections

"'E Curti", in the Neapolitan dialect, is an adjective used to describe people who are below normal height. Luigi and Antonio Ceriello, two brothers of S.Anastasia, a village on the slopes of Mount Somma in the Vesuvian area, were the lilipuzian dwarves for this reason the name "'e curti".

After touring our entire peninsula, they decided to return to their native country and use the advantages of the enormous cultural baggage acquired during their work over the years in circus shows. They traveled a great deal and acquired a great knowledge of wines and culinary traditions of the various Italian regions.

In 1952 they took over an inn that provided meals. This tavern had been opened by their uncle, who preferred the pleasures of the earth to those of the spirit, he had abandoned the cassock and for this reason the tavern was originally known as "O'Monaco" which in dialect means "the monk". The culinary inspiration of the two "curti" rediscovers some of the most ancient dishes of Neapolitan gastronomy, already meticulously described a few centuries ago in cookbooks from the Cálcanti and Corrado and rooted in the tradition of the Vesuvian hinterland. The succulent preparations and the entirely Neapolitan conviviality of the "curti" soon become the original tavern, now known as "'a cantina de' e curti", a reference point for gourmets in the area.

Don Luigi "'o curto", the most "public" of the two brothers, died in 1973, still leaving a vivid memory of Foscolo, not only among his fellow villagers. The culinary tradition is carried out by the other "curto", Antonio, assisted in the kitchen, as long ago as '52, by his sister Assunta, by their niece Angela and, from 1965, by her husband, Carmine D'Alessandro . When in 1990 the last of the two "curti" dies, the typical restaurant is now strongly anchored to the gastronomic and managerial dictates of the "curti", jealously guarded by their successors (Assunta, Angela, Carmine), who, with animated passion and increased professionalism, have expanded the choice of delicacies, without forgetting the solid links with local tradition. In 1995, the two sons of Angela and Carmine, Vincenzo and Sofia, under the aegis of Aunt Assuntina, decided to commercialize "'o nucillo", producing it according to what was prescribed by a 1904 recipe kept by the "curti", who they had worked to realize the end of the meal from the beginning, which then became a very welcome custom of their restaurant. 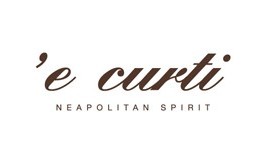 1 other product in the same category:
Add to cart
Love