€0.30
Description
Muscat was already widespread among the Greeks and Romans, who appreciated its pleasant characteristics of excellent dessert wine. Michele Chiarlo's Nivole comes from the hills of the Canelli area, with sandy-limestone white soil of excellent exposure. It is a deliciously aromatic Moscato with a pulp rich in fragrant freshness. Aging capacity: To fully appreciate its freshness it is advisable to drink it in the first 2-3 years of life
Read more
Product Details
ss750

Pairings
Excellent with cakes and small pastries, also excellent as a light and refreshing digestive

Michele Chiarlo is a name that, for all those who are passionate about wines from Piedmont, will certainly not sound new. We are facing a large cellar, which, for several decades, has been making wine from the essence of the Piedmontese terroir. A story that was born with Michele's father, Pietro, who, at a certain point in his life, decided to return to Calamandrana, starting to invest in the surrounding countryside, replanting vineyards and sensing the future potential of wine in these areas. Michele, eager to try his hand at wine, was enrolled by his father in the oenological school of Alba, realizing the first "his own" harvest in 1958. Since then, he also devoted himself to expanding the commercial network, tirelessly probing the American market and that linked to the countries of northern Europe. In the following decades, the Michele Chiarlo winery consolidated its position, expanding geographically, purchasing land in the most exclusive crus of all of Piedmont. Today Michele is joined by Stefano and Alberto, in a succession that looks to the future, taking inspiration from an influential family tradition, consolidated in a range of highly respected labels. The vineyards of the Michele Chiarlo winery expand over 120 hectares, a great dimension for a Piedmontese reality. The vineyards extend as a leopard in some of the most suitable crus of Monferrato and the Langhe, among which are Cannubi and Cerequio for Barolo, Asili for Barbaresco and La Court for Nice Barbera. Among the rows of vines, the most identifiable varieties of each territory are cultivated, such as Nebbiolo, Barbera, Cortese, Moscato, Dolcetto and Arneis. In the vineyard, the management of the vineyards is opted for through the integrated struggle, trying, with concrete actions, to protect the landscape in which the wines grow. In the cellar, the careful use of wood during refining never invalidates the intrinsic characteristics of the vines. Michele Chiarlo is an important production company, which gives rise to more than twenty labels, all characterized by excellent quality, capable of alternating lighter and carefree wines with more important and austere products. A range that, as it should be, has a well-deserved success both nationally and internationally, reaping really important scores and awards. 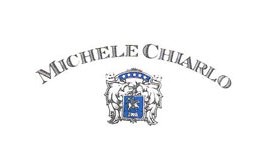 €9.90
Add to cart
Love
There are not enough products in stockSold out
View more
Love