Distillery Nikka is a landmark in the history of whiskey, having been born from the marriage of the century-old Scottish tradition and the rich Japanese culture. For the first time the founder of Nikka, Masataka Taketsuru, introduced this spirit in Japan, becoming known around the world as the father of Japanese whiskey

Masataka Taketsuru collected the legacy left to him by his family, owners since the eighteenth century a distillery of sake, and he wanted to introduce a genuine whiskey in his land. so he organized a trip to Scotland to learn the secrets and techniques of the craft: he studied chemistry at the University of Glasgow and worked in different distilleries in the Highlands. Returned enriched with an ancient heritage and with the support of his wife, Scotland, in 1934 chose it as an ideal location for his distillery area similar to that of Scotland: Hokkaido, rich in water sources, peat and malt. The fairly remote location on the island of Hokkaido is not deprived the whiskeys produced an instant hit that brought Masataka to open another distillery in Aobaku in 1969, called Miyagikyo Distillery, better known under the name of Sendai Distillery. Recently, in 1989, the company has also acquired an important distillery in Scotland, the Ben Nevis Distillery.
The Nikka Whisky collection is really very wide, designed to satisfy all tastes: from blended whiskey to malt whiskey, with either continuous distillation or alternating, tapping different types of aging. What is common and remains a staple of the Nikka craft work is the attention to quality, never failed to meet the great demand from around the world. In many cases, Masataka wanted to maintain traditional processing techniques that over time even the Scottish distilleries have abandoned. Nikka so boasts a rarity and authenticity that have been awarded several gold medals during these years in the most important competitions like the World Whiskies Awards (WWA) and the International Spirits Challenge (ISC). 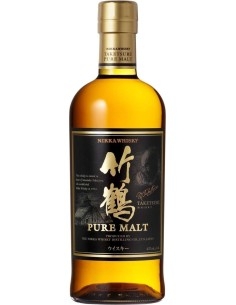 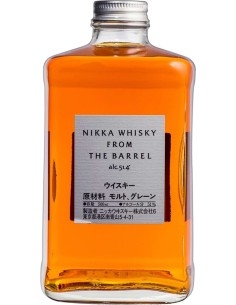