Il Poggiale by Castellare di Castellina is the cru of the Chianti Classico, the Reserve that comes from a single vineyard and has consistently obtained the highest scores for elegance and typicality. A wine that enhances the enormous potential of Sangiovese

System of cultivation
Guyot upside down

Aging of wine
20% in new barriques from 12 to 18 months. Additional 12 months of aging in bottle

Pairings
Recommended for grilled meat dishes, such as Chianina's cut, or with game, interesting with aged cheeses

For 25 years it was only Castellare di Castellina. 25 years of successes with the rediscovery of the method (the Chianti wine in the straw-covered bottle) to govern the wine for the fresh and drinkable bottles, also frozen on summertime, of the Governo di Castellare; with the loyalty to the native vines for an authentic Chianti Classico wine, where the red ruby of the Sangioveto is not humiliated by the black Cabernet or, even worse, from the wines of the South; with the Chianti Classico Reserve and the Special Reserve Vigna il Poggiale always obtaining the maximum scores from the guides as well as the three glasses fromGamberorosso repeatedly; with the international vines vinified in purity: Cabernet for the bottles of Coniale and Merlot for Poggio ai Merli, which gave us the possibility to compete to the world challenge of the two most diffused vines in the world; and, again with the three glasses, Le Ginestre (Chardonnay and Sauvignon in steel), Canonico (from the strong character of Chardonnay, vinified in barrique) andSpartito (Sauvignon vinified in barrique as well); the Vinsanto S. Niccolò, well done, without the ladle, neither too much dry neither too sweet; and last, the masterpiece, the great I Sodi di S. Niccolò, glorification of Sangioveto and black Malvasia (10%), twice in the 100 Top classification of Wine Spectator, the proof that Sangioveto vine may compete with all the best vines of the world.

After Castellare di Castellina, located in the heart of the Chianti Classico area, Rocca of Frassinellowas born in the heart of the Tuscan Maremma, between Bolgheri to the north and Scansano (the Morellino area) to the south. A great international project conceived with the partnership of Les Domaines Baron de Rothschild-Lafite: 500 hectares, 80 already cultivated with vines, 50%Sangioveto and 50% Cabernet, Merlot, Petit Verdot, Shiraz, to produce three wines in what can be considered as a meeting of the best of Italy and France: the third label, the wine of entrance, without the name of the company, Poggio alla Guardia; the second label, with a part of the name of the company, Le Sughere di Frassinello; and the first label, Le Grand Vin, Rocca di Frassinello. The first year of marketing was the 2004 vintage, with the delivery of the third label on June 2006, the second on September-October, the first one within the end of 2006. Three wines that the wine maker of Castellare and manager of Rocca di Frassinello,Alexander Cellai, and Christian Le Sommer, renowned wine maker of the various companies of Domaine Baron de Rothschild in the world, have judged simply extraordinary, to the point of convincing the ownership to immediately sell Le Grand Vin as well, the first label Rocca of Frassinello. To state the international level of the company Rocca di Frassinello, the project of the wine cellar signed by the famous architect Renzo Piano: the excellence from the Baubourg in Paris to the head-office of the New York Times, the Morgan Library, and the Auditorium of music in Rome. On the highest hill of the amphitheatre of Rocca of Frassinello, in front of the village ofGiuncarico, in the municipal district of Gavorrano, the architect Piano, who has been a producer of Dolcetto and loves wine as much as the pure lines of architecture, has conceived a wine cellar of an astonishing simplicity with a revolutionary division of the spaces and a spasmodic care to the process of vinification which is done from the fall of the grape from the top.

After Castellare and Rocca di Frassinello, the third challenge of Paolo Panerai, the most difficult and the easiest at the same time: a great company inSicily, also called Enotria by the ancients, able to give wines of unbeatable quality and with as many unbeatable costs if only we have the patience and love to choose the great local vines and to cultivate them aiming to quality and not to quantity. The Sicilian company is called Feudi del Pisciotto, and is located just 7 Km from the sea, betweenCaltagirone and Piazza Armerina: about forty hectares of vineyards, 50% Nero d'Avola, a new wine cellar for the vinification and an ancient one for the ageing with the historical millstone, where the ancients used to vinify at the times of the Greek and the Romans already; an astonishing position also for the Resort planned with the recovery of the wonderful spaces of the feud of the eighteenth century, still preserved. Therefore, three companies. A historical one, Castellare di Castellina, two new, one with international dimension, Rocca di Frassinello and the other one that drives its roots in the history of Sicily-Enotria. Three firms linked by the fil-rouge of Paolo Panerai and by the workmen, from Alessandro Cellai to Christian Le Sommer, to Salvo di Maggio. Three firms that have the same commercial staff, driven by Andrea Cabib, with a sole company of distrubution, Castellare Distribuzione, taking the name from the historical company. To offer three lines of wines to the market which come from the three most prestigious areas of Italy. 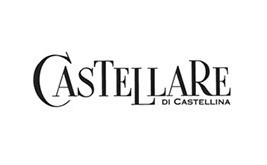 €40.10
Add to cart
Love
There are not enough products in stock
View more
Love