Hendrick's Gin is produced in the Ayrshire region of Scotland, starting from two anambics, Carter-Head and Bennett Still: the first one created in 1948 and manufactured by John Dore & Co .; The second most ancient one, drawn in 1860 by London-style masters. In 1966, Charles Gordon, the patron of William Grant & Sons, bought these two collecting coins without knowing them exactly for future use. In 1988 Charles Gordon met Lesley Gracie, throwing her a challenge on how to use these two alambicos to create a gin that could integrate an unusual mixture over the common. It took 11 years and several experiments from plants, seeds, roots and fruits before you could come up with a formula that could satisfy Mr. Gordon's request: 11 botanical species, some classic and some absolutely extravagant for the category - Achilles, Coriander, Juniper, Chamomile, Cumin, Cubes Berries, Elderberry Flower, Orange Peel, Lemon Peel, Angelic Root, Iris Root - and a final infusion of pink damask and cucumber petals. Produced in small batches (450 liters at a time), iconically served with tonic and the typical slice of cucumber, Hendrick's Gin is simply unusual, not for everyone.

From the great experience of Scottish distillers, Hendrick's Gin is born. Certainly not in the usual place of gin production, the Hendrick's distillery has taken up the challenge focusing above all on tradition and quality. The distillation takes place by means of very old stills, of the 2 types Carter-head and Bennet, in order to enhance the aromas of his Botanicals as much as possible. In fact, the recipe of essences provides for the addition of Bulgarian rose petals and cucumbers produced locally. The production of Hendrick's takes place for very small batches of 450 liters, so as to be able to better control all the features and obtain the highest possible quality. Attention can also be seen in the details, such as the corking that instead of being the classic screw cap is made of cork. You can look for a gin like that everywhere, but it's impossible to find it the same. 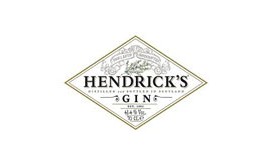