€0.30
Description
FiorFlores, of the Estate Adolfo Spada, has a straw-colored color, with golden reflections, a wide and captivating scent with fresh honey and apple notes on a floral and mineral carpet. From the full and elegant taste, persistent and pleasantly cool, it is a perfect companion to the aperitif. It is combined with sea food, fresh cheeses, but also with vegetables and white meats.
Read more
Product Details
ss695

Harvest Time
More than half of October

Pairings
Perfect companion for the aperitif, it is combined with sea food, fresh cheeses but also with vegetables and white meats

Perfume
Wide and eye-catching. Fresh notes and apple on a floral and mineral mat

The Adolfo Spada Estate was founded in 1973, when the engineer Adolfo bought the Galluccio estate, in the far north of Campania, to realize the dream of producing quality wines in one of the most suitable areas for viticulture in the region: the province of Caserta, land of the legendary Falerno celebrated by the Ancients. The heart of the estate, with its 30 hectares, of which 25 are vineyards, is represented by the land purchased at the time by the notary Sica, whose farm, the unforgettable Luigi Veronelli, pointed out in his "Guide to pleasant Italy" of 1969 in speaking of "red wines from hot and fragrant grapes" in the area. Until the end of the nineties, the Tenuta specialized in the production of quality grapes, which were awarded several times in local and provincial competitions. In 2000, then, the meeting with Riccardo Cotarella, the prestigious signature of world enology, gave the project a decisive turning point. The partial re-planting of the vineyards is underway, along with their rationalization in order to direct production towards the qualitative levels that are today the business card of the company. Successful to the father at the helm of the company in 2001, Ernesto and Vincenzo, supported by a team of consultants and young and valuable collaborators, carry on that project with the spirit of always: by passion, but with all the rigor that for generations characterizes the Swords.

Since its inception, Tenuta Adolfo Spada has focused on some of the indigenous grape varieties of Campania cultivated in its Galluccio vines: the black-berry varieties Aglianico and Piedirosso and the white-berry variety Falanghina. Not everyone knows that the two types of Falanghina now widespread in Campania, the "flegrea" and the "Benevento", are recognized as two different varieties morphologically and genetically. In fact, they have little in common both in the shape of the leaf, of the bunch and of the grape but also in the characteristics of the must: little sugar and little acid in the phlegraean, sugary and very acid in that of Benevento. On the basis of observations and checks carried out in the Roccamonfina area, where the Flegrean variety has been present in very small quantities for many decades, perhaps due to the same volcanic origin of the soils with those of origin, in 2009 the company brought in its own vineyard of Galluccio also the Phlegraean variety through the re-grafting of selected scions coming from almost centenarian vines, still cultivated in the area of ​​origin. Spurred by the success achieved by Flòres, conceived in 2007 as a skillful blend of Falanghina and Fiano of which the company owned, in the countryside of Galluccio, an old plant no longer in production, the Spada family faced the challenge of broadening its proposal of wines also to other vines of regional importance, competing with the Greek, one of the gems of the "bianchista" production of Campania. Since the 2010 harvest, the work of Tenuta Adolfo Spada sul Greco has taken advantage of vineyards taken over in Santa Paolina, in the area of ​​the province of Avina most suited to the cultivation of this vine, thanks to soils whose composition has been directly influenced over the centuries from the pyroclastic material from Vesuvius. Since the end of 2008, the company has also started an in-depth agronomic and enological research on the Asprinio in collaboration with the Faculty of Agriculture of the Federico II University of Naples. Historical and scientific sources enhance this historic grape variety, characteristic of the Ageran countryside, due to the uniqueness of its cultivation technique that sees the vine married to poplars up to fifteen meters high and for the freshness and originality of the wine Mario Soldati called it a "big, small wine". The study activity was presented, in June 2010, at the VII International Terroir Congress in Soave (VR) and in spring 2011 at Vinitaly during a seminar that saw the participation of eminent experts and experts in the sector (go to detail ). 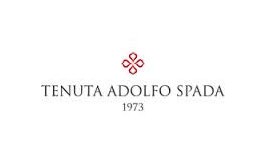