The Antica Distilleria Petrone, stronger than a century of experience in the field of spirits, has been able to harmonize in this elixir the pride of wine spirit and sensuality of its aromas with delicate sweetness of the berries. Impossible to resist the exclusivity of flavors and fruity aromas that releases this precious liquor to propose, joyfully, on various occasions by offering something unique. Superb as a dessert, to be appreciated after a meal when served cold.

The Antica Distilleria Petrone, a company founded by Antimo Petrone and Maria Mastantuono del''800 the end, she grew up with us, and still growing, to the point that it has become in our eyes like a beautiful, old lady, now real right member of our family, with many stories to tell guarded in his heart.
If it could talk, in fact, narrerebbe of an ancient time, when the economy of our town, Mondragone, had predominantly wine character, and in which his people imagined herself as one big family, as linked by ties of blood, kinship, friendship, weddings; Distillery Petrone, "daughter" of Antimo and Maria Petrone Mastantuono, and "sister" of two similar structures that the Petrone family owned in Sessa Aurunca and the resort lies near Carinola (called Ventaroli), then representing the soul of that group: all the people loved to participate in the "transformation of the marc", the procedure by which, through the pressing of the marc done with the feet (so that they do not ossidassero because of any interstices in sylos, harbingers of d 'air leaks) you could obtain the alcohol.

Those were the years when the Distillery, from September to March, worked continuously, day and night, and throughout the country echoed the songs sung by men engaged in distillation activities.
It was a time when houses were heated with the so-called "fire", ie a set of charcoal residues from the furnace of the Distillery Petrone, with which people used to feed the braziers; where the homeless were, overnight, to seek shelter from the winter cold in the warmth of our boilers; and wherein, even, the pomace were used to combat rheumatism, since, thanks to the alcoholic fermentation, they reached very high temperatures.

But this our lovely old lady could also tell of his many wounds of when it was mined, during World War II by Nazi troops, and blown up (it was later lovingly rebuilt by Raphael, one of Antimo Petrone heirs); or the end of the activities related to viticulture, at sunset of the 70, that took away much of its lifeblood.

It is certain that the Old Distillery Petrone will live on in future centuries for its roots in the customs and traditions of our town: think of the "scrippella", the typical sweet of weddings mondragonesi, where the 'incomparable flavor comes transferred from a secret blend of anise, rum and sambuca coming exclusively from "Casa Petrone"; or, to the fact that we produce spirits are always guests d 'honor of all domestic celebrations and festivities in the area, during which they become protagonists of the traditional "Tour" tasting.

Today, after so many years since its founding, the Old Distillery Petrone continues to be, for us, everything in it are enclosed fatigue, blood, strong will power of our fathers and our mothers; and yet it for so many years will continue to reflect the history of our tradition, and the love that we bring. 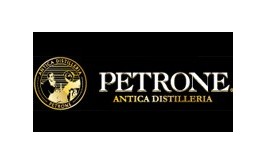 €17.90
Add to cart
Love
There are not enough products in stock
View more
Love