€0.40
Description
Falanghina Roccamonfina is a white IGT wine produced by Villa Matilde in Campania. It presents an elegant olfactory bouquet of yellow fruit and flowers; the taste is balanced and fully reflects the perfume
Product Details
380

System of cultivation
Simple Guyot with 8 buds per plant

Winemaking
Soft pressing, static must decantation and controlled temperature setting at 18/20 ° C for about 20 days

Aging of wine
In stainless steel for about 3 months

Perfume
Elegant, fruity and floral with clear hints of pineapple, banana and yellow peach interwoven with broom, rose and sage

Flavor
In the mouth balanced, pleasant, fully recalls the sense of smell with the addition of delicately almond sensations

The history of Villa Matilde began in the 1960s with Francesco Paolo Avallone, a lawyer and passionate lover of ancient wines, who, intrigued by the stories of Pliny and the verses of Virgil, Martial and Horace on the Falernum wine, decided to bring the legendary wine back to life disappeared at the beginning of the last century. Assisted by a group of friends, including some professors from the Faculty of Agriculture of the University of Naples, he identified, after years of study, the vines that had given life to the Falerno in Roman times: few stocks miraculously survived the devastation of fine phylloxera Nineteenth century were replanted, with the help of a few local farmers, in the territory of the Massico where they once prospered and founded Villa Matilde. Today the company is led by the sons of Francesco Paolo, Maria Ida and Salvatore Avallone who, with exclusive dedication, continue their father's dream and project, collecting the important legacy and looking even further: from the Ager Falernus they went as far as the provinces of Benevento and Avellino with new vineyards, new projects and wines that tell the strong identity of Campania Felix. In 2000 Villa Matilde in fact inaugurated Tenuta Rocca dei Leoni and in 2004 Tenuta dʻAltavilla, respectively in the heart of the Sannio Beneventano and in the district of the Docg irpine, in the province of Avellino, starting the production of new wines. Severus, fortis, ardens: this is how the ancient Falerno was defined, the most famous wine of classical literature that died in the early 1900s and was revived in the 1970s in the vineyards of the hills of Villa Matilde, on the slopes of the extinct volcano of Roccamonfina . The link with the culture and traditions of the territory is therefore the principle of history and the foundation of this company's philosophy. Respect for the environment and a wide-open look at innovation are its new strengths. Constant research and cutting-edge technologies color the tradition with intelligent and dynamic innovation that focuses on protecting the territory. The "Zero Emissions" project stems from the desire to demonstrate that it is possible to produce wine with a view to reducing environmental impact by using the most modern technologies to reduce consumption. Vineyards with a density of seven thousand plants per hectare are trained by the Guyot system. The wine, at Villa Matilde, is the object of study and research for the identification of the vines that once gave birth to the oldest wines of this land, such as the Aglianico, that is the ancient Hellenico; the Piedirosso from which, together with Aglianico, we get Falerno red; the Falanghina grape from which the white Falerno is born. The reference to the past is always enriched by reinterpretations and modernizations through the use of pioneering tools. Innovation here is not limited to technology, it is the result of a creative thought that makes the territory and men its strength. Villa Matilde is a winery that produces, for over half a century, only quality wines in Campania, in the areas with a greater wine-growing vocation, from the top of Caserta, to the Sannio of Benevento, to Irpinia. Quality, love for tradition and respect for the environment are the starting points of a journey that is firmly rooted and yet always in step with the processes of development and technological innovation, the result of constant scientific research. 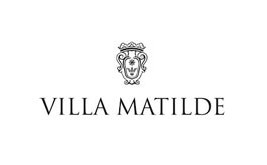 €16.60
Add to cart
Love
There are not enough products in stock
View more
Love

€7.70
Add to cart
Love
There are not enough products in stock
View more
Love

€10.20
Add to cart
Love
There are not enough products in stock
View more
Love

€9.20
Add to cart
Love
There are not enough products in stock
View more
Love

€7.30
Add to cart
Love
There are not enough products in stock
View more
Love