Desiderio Jeio is produced with grapes selected from the hills of Conegliano, the terroir which derives its minerality and dry extract, and those of Valdobbiadene, which give crispness, acidity and freshness. A Prosecco is particularly stimulating on the palate and rich in malic acid. There are, besides the Glera, parts of Verdiso and, in smaller percentage, Pinot Bianco and Chardonnay

Pairings
Thanks to its strong "brut" personality is the ideal accompaniment for the entire meal, perfectly accompanies the appetizer of canapés and canapés elaborated

Flavor
Very reminiscent of the scent for its marked fruity

The Bisol, viticulturists in Valdobbiadene for five centuries

Testimonials that attest to the presence of the Bisol family in the historical heart of the Prosecco production zone, the territory called "Chartice" - leading the very prestigious Cartizze hill - is already found in the sixteenth century.

Numerous references to the family can be found in the course of the centuries, certain sign of the permanence of Bisol ancestors in Valdobbiadene lands, reaching 1542, an important historical landmark that marks the statement of wine-growing and wine-making vocation of the Bisol family: Eliseo Bisol gives life a small and flourishing trade.

Only the brutality of World War it temporarily unable to arrest this exercise - in fact, the area of ​​Valdobbiadene was located right on the border that opposed the Austro-Hungarian army to the Italian - however, the centuries-old wine-making activity of the Bisol family takes place around the mid twenties, thanks to Desiderio Bisol, son of Elisha.

After World War II Desire - or Jeio, as he used to call his wife - assigns different business roles to each of the four children, according to their formation: Antonio looks after the administration, Eliseo part of winemaking, vineyards Aurelio, while Claudio of general management of the company.

From then on, the qualitative growth has been mainly determined by the opportunity to experiment with new techniques on their own vineyards, a prerequisite to produce wines of the highest level. As recalled Antonio Bisol, current president of the company, "my father Desiderio always tried to buy the best land, the most expensive ones and steep, and difficult to work, but whose slope and composition were ideal for the breeding of Glera, demonstrating extreme sensitivity to product quality ".

Today, the Agricola Bisol vineyards have an extension of 177 hectares and are located on 35 farms nestled among the steep hills of Conegliano Valdobbiadene go towards the most suitable areas of the Denomination.

A territory very fragmented and scattered with small holdings, so that the average size of each property is just over one hectare. It is also productive realities in which the various phases of the industry (wine growing, wine, and sparkling wine) are often carried out by different companies.

Knowing these peculiar aspects of the territory allows to fully understand the importance of the added value of Bisol: one of the very few companies that directly manage the entire production chain, the careful choice of the land until bottling. This allows you to always ensure the highest quality performance, since every stage determines the final quality of the product and requires a constant and rigorous monitoring.

Special mention deserve the 3 hectares managed by the Bisol family in the Cartizze hill: an area that winds on the crest of a steep hill, at an altitude of 300 meters above sea level, and enjoys wonderful exposure to the sun, as well that the airflow that together with the plot of sandy nature make it a rare value area. 140 owners share the 106 hectares of the Cartizze hill, and the value of the land has reached the dizzying prices: more than a 2.5 million euro per hectare. 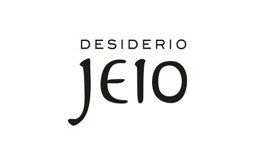