Cesanese del Piglio by Abbia Nova was born in a fascinating piedmont scenario where Daniele and Pierluca Proietti sublimate Piglio's archaic and earthy vocation for the vine. On the sweet and verdant hills of Frusinate, between 380 and 550 meters above sea level, Cesanese and Passerina, vineyards of the traditional and deeply rooted local, lie at the foot of the Ernici mountains. The Proietti cousins ​​have over twenty years of history, but it is only since 2013 that they began to present themselves on the market with their own labels. A natural viticulture, the fascination of the awning breeding, the delicate vinification without oenological interventionism: the wines of the five Proietti crus (for a little over six total hectares), among which the San Giovanni stands out - vineyard from which it all began - I am true expression of the Lazio countryside and of what is most authentic. Between old stocks and new plants, only copper and sulfur. Green manuring is used for fertilization, while soils are grassed and lightly hoed once a year. The company is formally in biological conversion, and also uses some biodynamic methods. In the cool cellar at 820 meters above sea level the vinifications are not very interventionist, with spontaneous fermentations entrusted to indigenous yeasts, and controlled only by the management of temperatures. The refinement, up to 24 months, makes it possible not to clarify or filter, before massing in carboys of 54 liters. Then the bottling. Very small quantities of sulphites used

Winemaking
Spontaneous fermentation. Maceration 8 days then drawing off and concluding fermentation without marc. Aging in steel until spring. Bottling

An archipelago of terrestrial islands in the municipality of Piglio, a series of small and medium-sized plots each with its own character that together are a succession of cultivation and nature. We have vines, olive trees, medicinal herbs, nuts and a vegetable garden. Each island in the archipelago (cru or contrada) is a unit in its own right, one with the surrounding environment and its soil. Each of them reveals itself over the years through nuances that define its character and together make up a mosaic that we helped build. It produces wine from four of them (San Giovanni, Cercione, Collepasso, Vignali), oil of five (Costa Ilia, Collepasso, Fontana di Grano, San Giovanni, Mignano). In some islands such as San Giovanni or Costa Ilia the plants are very old and have reached a total adaptation to the environment. The officinal herbs of different species complete the flora cultivated in association with fruit plants and wild herbs. Around each there are woods, other fields, meadows. 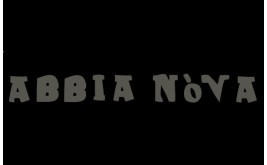 13 other products in the same category:
Add to cart
Love
Limited special offer

€5.20
Add to cart
Love
There are not enough products in stock
View more
Love