Casillero del Diablo by Concha y Toro is a 100% Cabernet Sauvignon wine produced in Chile. It shows an intense ruby red color, with olfactory scents of ripe cherries, plums and blueberries. From medium length, it has soft tannins that make it good on the palate

Perfume
The hints of ripe fruit are well perceived

Flavor
Soft and delicate, very reminiscent of cherry and plum. Aftertaste of coffee thanks to barrel aging

Concha y Toro is the largest producer of wines from Latin America and is one of the world leaders in its sector. It has its headquarters in Santiago, Chile; has 8,720 hectares divided into the main wine regions of Chile: Maipo, Maule, Rapel, Colchagua, Curico, and Casablanca.

La Concha y Toro was founded by Don Melchor de Santiago Concha y Toro and his wife, Emiliana Subercaseaux, in 1883. To start the winery, he imported the Bordeaux vines. The grape variety he brought were: Cabernet Sauvignon, Sauvignon Blanc, Semillon, Merlot and Carmenère. The company was transformed into a joint-stock company in 1923 and the shares were sold on the Santiago stock market. Concha y Toro started exporting wines in March 1933 in the port of Rotterdam, in the Netherlands. In 1950, the company began to acquire more vineyards and began the process of adapting its business to the new markets to satisfy an increase in demand.

In 1971, Eduardo Guilisasti Tagle became CEO, and succeeded in successfully expanding the company. In 1987, after the partnership with the United States importers of Banfi Vintners, the company started to incorporate more advanced technologies for all its production phases. He also started using small French oak barrels. In 1994, Viña Concha's shares were placed on the New York Stock Exchange.

In 2012 for the second consecutive year, Concha y Toro was recognized as the "The most admired brand of Vino nel Mondo" by Drinks International, this is the concrete proof of the strong image that the company and the brand have forged in the wine industry international. 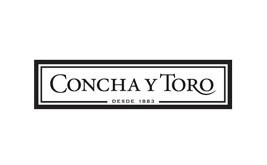 €105.60
Add to cart
Love
There are not enough products in stock
View more
Love