Bruno Broglia Riserva by Gavi di Gavi is a white wine produced in Piedmont. It has an intense straw yellow color and a very fine, persistent and fruity aroma. The taste is soft, balanced, sweetly mild

Aging of wine
In steel tanks

Pairings
Perfect to match with dishes based on fish and shellfish

Perfume
Delicate, very persistent, fruity and reminiscent of the aristocratic scent of the grapes from which is derived

In the area of wine production Broglia’s collaboration with Professor Donato Lanati, esteemed member of the Organisation International of the Vineyard and wine (O.I.V) has been extremely fruitful. Also known as the ‘enologist scientist’ due to his technical and scientific approach to winemaking.

The relationship with some Italian universities has also played an important role in the development of Broglia.

Collaboration with the University of Turin brought some new clones to the vineyard, whilst with a University in Milan, and in particular with professor Attilio Scienza, has seen a study conducted to discover the forerunner in wine cellar on the creation of white wines without the addition of sulphurous anhydride. The new wine cellar was built in 1983, the project architect Luigi Vietti.

In the same year, to enhance the characteristics of mineralità and sapidità of the Gavi, the exclusive use stainless steel tanks began.

At the end of the nineteen nineties, cellar space was further increased to meet the new requests for Gavi both on the National and International markets.

Today the wine cellar is divided into the different activities in the agricultural life of the company: the harvest area, the winemaking area, the area of refining in steel and in bottle and for the production of the sparkling classical method of production.

Before purchasing La Meirana, Bruno Broglia had renovated a period country mansion in Gavi for use as a holiday home.

The best architects of the period were commissioned to execute the renovation of La Meirana; Luigi Viettidealt with the interior design, whilst, at the same time as being responsible for planning the Costa Smeralda area of Sardinia; Pietro Porcinai, a landscape architect of International fame, created the garden that faces towards the medieval village of Gavi, with a unique and spectacular view of the terrain, and a vineyard within the boundaries of the village thus giving to Villa Broglia the name ‘Gavi’ – wine of the Gavi Commune.

When the work on the house had been completed the preparation of the land for the new positioning and improvement of the vineyards began.

In 1974 the ownership was passed in the form of a lease to Bruno’s son Piero and in that same year the Gavi doc was granted and the first wine was bottled.

Following the passing of Bruno Broglia in 1983, the vineyard’s area of cultivation was extended and a project, once again aided by Vietti saw the construction of a new wine cellar. In this same period in collaboration with the renowned Professor Donato Lanati, esteemed member of O.I.V and also with the consultation of Professor Eynard the traditional Guyot system of planting by was maintained.

At the end of the nineteen nineties the success of Gavi in the International markets created the necessity to double the space of the wine cellar and to complete the planting of the vineyard increasing the capacity to 65 hectares of the 100 hectare property.

Today the one thousand – year old named La Meirana estate is managed by the third generation of the Broglia family : Roberto and Fillipo, the two sons of Piero, who as a member of Parliament in the XII legislature has participated in the activities of the Committee of Agriculture, the Chamber of Deputies and has developed two mandates in the role of President of the Consortium of Guardianship of Gavi and Bruno, the son of Paolo, who in addition to being very busy with textile industry, has always followed the development of La Meirana.

Indeed, a rental lease for Meirana, dated June 3rd AD 972 is registered in a preserved document in the State in Genova archives, in which the Bishop of Genova declares ‘ Pietro and Andrea, free men, the vineyards and chestnut woods that the Genoese Church possesses in the places of Gavi and of Meirana…Our Estate was created therefore at the dawn of the history of Gavi.

The initial reason for the cultivation white grape vines in Piedmont it is due therefore to the close bond that the Gavi area has always had with Genova and its aristocracy.

In order for the Genovese aristocrats to be able to combine a wine with their Mediterranean cuisine, characterised mainly by fish and white meats, they replaced the black grape variety known as ‘ nibiò’ (the local name for Dolcetto), with the Cortese vine.

In Particular, the area of Gavi is connected to the traditions of the Piedmontese wine-growing. Thanks to the high acidity level of its grapes, the Cortese vine, has been the prime producer and has been used for many years in the production of the most important ‘blanc- de- blanc’ wines of the region

Louis Oudard, enologist of the wine cellars of Cavour in Grinzane, was the first in the area to use the Cortese grape for his sparkling wines, thus promoting its reputation, which was initially limited solely to Lombardy and the Savoia, and at the beginning of 1860 trade with Germany, Switzerland and South America was extended. 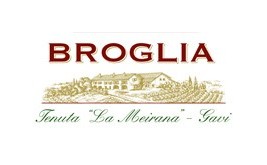 13 other products in the same category:
Add to cart
Love

€7.50
Add to cart
Love
There are not enough products in stock
View more
Love